Origami and the Ruby programming language have a lot more in common than having Japanese roots. This talk will make parallels between the two with the goal of presenting various techniques at becoming a better artist of code.

The Origamist's Ruby: Folding better code from rubykaigi on Vimeo . 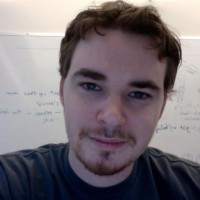 I am a developer and the instructor of the Intro to Ruby on Rails and Intermediate Rails workshops at thoughtbot. I've been writing Ruby since I fell in love with it 6 years ago.