In this short documentary film, we explore Ruby's beloved and mysterious character Why the Lucky Stiff (_why). Matz created Ruby and _why created his (poignant) Guide to Ruby, with musical soundtrack, to spread the Ruby love to people outside the Land of the Rising Sun. This documentary celebrates _why's art and features interviews with TenderLove, MeNTaLguY, Steve Klabnik, Flip, Geoffrey Grosenbach, and Matz. And rabbits and cartoon foxes. 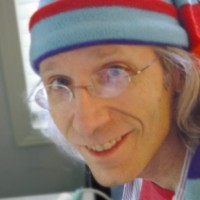 A programmer and artist, Kevin has been making films since he became a wee lad, back in the early 1970s. He hails from Texas and is currently a nomad, whereabouts unknown. 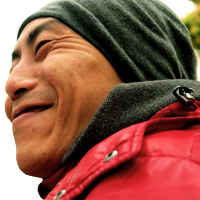 Rubyist-ist, RubyKaigi organizer, Uncle Jimu(事務) for RailsGirls in Japan. He translated some English tech-book into Japanese: "Working with Unix Processes"[NEW!], "The Agile Samurai", "Agile Estimating and Planning", "Practices of an Agile Developer"and "From Japan to Ruby"