I'm using Fujitsu SPARC Enterprise server whose OS is Oracle (former Sun) Solaris 10. In Solaris, there is a number of minor differences from other major OS like Linux and Mac OS X, and a number of changes have been made to run Ruby (CRuby) without failure. I'd like to talk about these changes as a user of the Solaris OS.

The following topics will be included in this presentation. 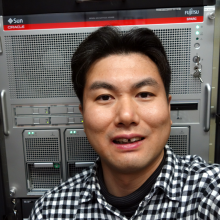