"Metaprogramming is a powerful technique that sets Ruby apart from other contemporary languages. It allows compact and elegant solutions to seemingly intractable problems. Serving as the foundation of some of the mostly widely used frameworks and DSLs in the Ruby ecosystem, it’s arguably the single most defining feature of Ruby. Unfortunately, that expressive power has traditionally come at the expense of performance.

We’ll show you how JRuby+Truffle has eliminated the cost of metaprogramming so Rubyists can write idiomatic Ruby without having to worry about hidden performance trade-offs." 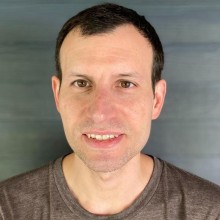 Kevin Menard
@nirvdrum
Kevin is a researcher at Oracle Labs where he works as part of a team developing a high performance Ruby implementation in conjunction with the JRuby team. He’s been involved with the Ruby community since 2008 and has been doing open source in some capacity since 1999. In his spare time he’s a father of two and enjoys playing drums.