Whenever you make a typo on Google or a git … cmd, they’ll automagically correct it for you. It’s great, but have you ever wondered why programming languages don’t have such a cool feature? The next major version of Ruby will! The did_you_mean gem was built to add on a “Did you mean?” experience and Ruby 2.3 will ship with it.

So what does the whole story look like? How can you use it in your app or gem? How does it correct typos? What even is a typo?

Let's learn how to take advantage of this new feature in Ruby 2.3 and save ourselves from typos forever! 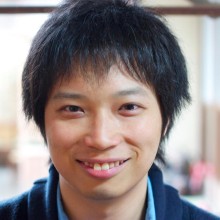 Yuki Nishijima
@yuki24
Yuki is a Rubyist who was raised in Tokyo and used to work for Pivotal Labs in New York. He moved back to Tokyo in August 2015 as one of the founding members of Pivotal Labs Tokyo. He is a maintainer of the kaminari gem, the creator of the did_you_mean gem, and a frequent contributor to many open source projects including Rails.