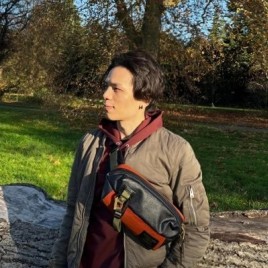 What would your own version of Ruby look like?

As some of you may know, I created a language called Goby about a year ago. It's largely inspired by Ruby, and looks very similar to it. But it also have some design choices different than Ruby or have some unique features that Ruby doesn't have.

In this talk I'm going to discuss some important things we should focus on when designing a language. And I will also share the design choices made when developing Goby, as well as the philosophy behind these choices.