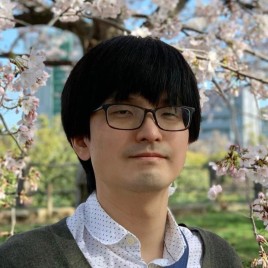 A 10 y.o. Rubyist, Containers and cloud-native tech freak, system programming novice. One of the writers of books "Perfect Ruby" / "Perfect Ruby on Rails" (both in Japanese). He lives in Fukuoka - the "coast" city of "west" Japan, works at GMO Pepabo, Inc. as SRE/R&D/Dev Productivity Engineer, and holds Fukuoka.rb local meetup. He also is an organizer of RailsGirls Fukuoka #1.

How Ruby Survives in the Cloud Native World

The container orchestration technology is attracting the Ops/SRE's attention along with the gaining importance of microservices and server-less architecture. But in my opinion, around these "cloud-native" developments, the Ruby language shows smaller activities than other younger languages(especially Go and Rust). By the way, in 2016, I created a container runtime Haconiwa with mruby. In 2017, I also scratched up the containers platform for my company's web hosting service using Ruby and mruby in many components. Here in 2018, I'm going to create the brand-new container orchestration tool fully implemented in Ruby and mruby. I will talk about how I used Ruby and mruby in these container and orchestration implementations. In addition, I will show my opinion about what kind of Ruby's features are good for these implementations, and what kind of features are required for cloud-native Ruby.